"The first wealth is health"

One of the projects I have been considering around the yard is a small retaining wall to reduce the debris that the winds & the bush turkeys create onto my drive.

How many hours have I spent tiding up after them?

Read more: Do I DIY or take advice?

Yes a very overdue trip to the beach on Sunday & the immediate reason was a very unproductive Saturday.

So to be productive it was defined to be an early start as the best time for the beach is an early as possible.

Ask any surfer that & yes it depends on the swells & tides & winds & maybe the night before. 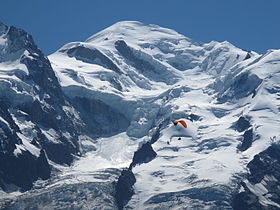 So what was the highlight of your trip I asked Ann* last night.

How high is that ?

Mont Blanc or Monte Bianco, both meaning "White Mountain", is the highest mountain in the Alps and the highest in Europe west of Russia's Caucasus peaks. It rises 4,808 m above sea level and is ranked 11th in the world in topographic prominence. Wikipedia

I.e. higher than  Aoraki / Mount Cook is the highest mountain in New Zealand. Its height since 2014 is listed as 3,724 metres, down from 3,764 m before December 1991, due to a rockslide and subsequent erosion. Wikiped

Although I have known Ann* for 20+ years it was only after a major traumatic event some years ago  that I have known her better.

What I observed last night was that Ann* appeared so much healthier & happier.

Now that may be because she actually had two months away in Northern Italy & France. In fact she was reluctant to travel home & has plans for next year.

It maybe because she achieved a major goal.

I recall every time I jog up the bush behind us a talk I heard from an Aussie softball medallist.

Yes that helps & Ann* did go up with a guide & a man who was slower than her.

Now this is one  of 5 goals of the day actioned.

Yes, it is our way to say thank you to  the Boy Scouts when were in our early years.

I still recall Harry G who was our scoutmaster.

He had a clump foot which I now realise was a war injury.

I still recall Alistair & Tony who were in my scout  troop back then.

Those were good days & many camps with tents with  flys & newspapers in the sleeping bag.

Cooking flapjacks for breakfast & beef for dinner over a smoky wooden fire.

Badges on the sleeves & I now wonder what badges the scouts do these days.

In fact I was asked by my parents to leave the scouts as the school marks were not up to their expectations.

Instead of the “Bobs for Jobs’ that I did when in the scouts,  the scouts now do the fund raising by delivery various gardening supplies to our door.

So that is garden lime before the rain & not the hail stones that I expect will appear about the 1st two days of the Ashes cricket test.

It was David who delivered locally to us.

He has opened a small brewery  close by so I have to say thanks by enjoying his Beer.

In a small way.

I meet Mark recently who not only has 4 growing children also spends most weekends & most of the week end being a scout master & also a leader of the Venturers.

To Harry & David & Mark thank you for your enthusiasm & care in doing your part in helping  myself & boys learn more out of school than they often learn in school.

We are all very grateful to you.

I have to admit that I have just been distracted & enjoyed the last 2 sets of Maria vs. Simone in the 1st round of the US Open.

I was indifferent who should win. What I watched was 2 athletes at the top maximising everything body & heart & soul to achieve what they set out to do. Two completely different styles with Maria blasting 40+ winners & 40+ errors & Simone with a dozen + of each. And it was ‘never over until it was over’.

It was Showtime in Les Vegas on the weekend when I saw the announcer introduce the commencement with Showtime. How appropriate with 300 Million to be shared. Consider the multiplier effect when Connor’s bar tab later was 138,000. Yes the IRS would have been happy as well even if Connor shows his Irish colours with the flag over him.

I also did watch a rugby test played where my late father once described was ‘a Pot with a Lid on.’ It was also after seeing a very drab 6 – 3 test he stated he would never watch a test again. After this last test he may well watch more.

The rugby test in Belfast was also a test & passed by all teams & players who played in the tournament.

When I heard today that the average crowd for the AFL team, the Tigers, was 53,000 per game I also commented how amazing a number that is.

However everyone playing sport from the back yard up to this level is doing the same striving up & beyond their capabilities & achieving & evolving.

So is the 3rd violin player in the orchestra.

So do are those with Stravia maps displayed on Facebook.

As another John would say ‘you can’t be serious’.

How do I look after the grand kids??

Or other nieces, family, friends, charities…

As both are ‘around ‘ my age then I, as I do, wondered on how they plan to look after their grandchildren later.

As, & I can only guess ,they are both in very good financial position & so would have complicated estate planning strategies such as separate testamentary family trusts.

However, as in maths,  is there an easier way?

Allison presented her  very simple alternative solution to  Robyn & myself on Friday.

Allison mentioned that she had just received a  $6m cheque from a widow to leave to her 2 sons later.

But ‘that amount is unusual’  says Allison.

When you & I own personal assets then every asset goes through the will.

Our other investments such as super do not go through the will as they are owned by a trustee or a company or joint or other.

I wanted to hear Allison again to remind us why I have 2 of them.

It made sense as I like the K.I.S.S. Keep it Simple Solution.

As there is a grade 10 maths exam shortly then preparation for the real exam is to attempt past papers.

Which takes us to today’s real world problem as we read this week.

Many people are entering retirement entirely dependent on the Age Pension

And Despite 25 years of compulsory superannuation, about 80 per cent still retire on to at least a part Age Pension.

Is that right & let’s check it.

How many marks Sir for this?

Yes as the solution to the real world problem is not mathematical then ask others and not us.

I am not the examiner and I would love an answer.

Now on to the probability question.


That was a question that I was  asked on Facebook recently & so a way to answer that is what I were doing that same day.

I was at a Professional Development PD day with others in our national group of 270 financial advisers.

Does that answer the Question on what do I do?

It’s cold today as we hop into the car to school. Well for Brisbane!.

Well you could sit on your hands as cold hands on a steering wheel prompted me to say.

I wonder if I can do it as I demonstrated for a second.

Do you know what that means?

As so further along we read

Itwasnotmyfault.com on a bumper bar

What is a solicitor & what does solicit mean?

So onto the freeway & as we do reading the names on the number plates.

We have science today.

So see if you can stay engaged & awake during class today

Yes maybe sat on the hands for the assignment.

Consequences is a word that we first heard teachers use at primary school.

Seeing the lawyer or the High Court this week would leave us cold.

Huge reasons I live here is that I listened, actioned & it is much warmer.

Let’s say Yes more often & not sit on our hands.


It’s been school holidays & unlike many I know the family has stayed home.

No fancy trips, not even to the museum & changing out of pyjamas was a challenge & certainly not every day.

As some stage however having reread the favourite books out came the board games.

No other & I certainly thought of suggesting others.

I haven’t heard such laughter or banter between both ,maybe ever.

Competitions were  first  up to 9.

This went on for days and nights.

It was great communication.

Away from the computer although it was admitted that early on M.C. Minecraft was played.

It was all good communication.

I must thank younger Maths teacher brother for introducing us to connecting over Connect 4.

I  also had the rare opportunity to catch up with a name sake who I meet say every 12 years.

I once was handed down his shoes so I was that close.

Last night I had a couple over who also had a good connecting weekend away.

Out of the house & away from the TV.

‘ALL - Celebrating 20 Years of Harry Potter, the Libellum Society is hosting the 'Harry Potter Trivia Competition' THIS FRIDAY lunch time in the Annie Room. Bring a team and win some fantastic prizes, or buy some 'lollies from the trolley’

This was in the school notices this week & the family had read that & informed us of their attendance. That was a huge step forward in their personal development but #HarryPotter HP is also a major interest.

So last night the family practiced an online 100 question quiz.

The score was 82 which was nowhere near the expected result although the online marker commented that a 76 was an Owl = Outstanding result with A mind like a steel trap as over 76 was the benchmark.

So this morning the same quiz but different order was attempted & 98 was the result.

It will be fascinating what the live score competing at lunch time will be.

Live competition with other students & in public is another personal challenge.

Of course the parent & past maths teacher suggests why not do the same with your maths exam preparation.

You have told us many times.

Maybe a reward to HP land in LA or England might just be the inspiration for a maths 98.

will I pre book the flights? 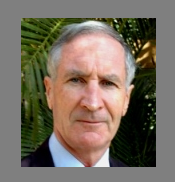